Charter and Insurance Considerations for Vessels Trading in and Around Ukraine

Charter and Insurance Considerations for Vessels Trading in and Around Ukraine

On February 24, 2022, the Russian Federation began its invasion of Ukraine. While immediate European and US sanctions addressed nascent natural gas facility infrastructure (Nordstream 2) and assets of various Russian oligarchs, the maritime community was immediately thrown into disarray. Shipping is an inherently global business that highlights how far away issues can seem close to home, and disruption in shipping in the Black Sea has far reaching implications for marine insurance and charterparties.

What is the significance of the Black Sea?

The Black Sea is home to one of Europe’s largest ports, Novorossiysk, Russia, and Ukraine’s largest port, Odessa. The port of Odessa has a total annual traffic capacity of 40 million tons, the majority of which is in container trade. Second to containers, the port functions as Ukraine’s vital artery of oil and gas imports and exports. Perhaps more importantly as this conflict continues through Spring, Odessa is the port from which Ukraine exports the majority of the food it produces, including approximately 11% of the world’s wheat production.

Novorossiysk is, by tonnage, Europe’s sixth largest port. Located to the East of Ukraine in the Black Sea, the journey there necessarily utilizes shipping lanes that pass near Ukraine in the Black Sea. The war has thus far had a chilling effect on volume of port calls in Russia; in early March 2022 there was a reported 40% decrease in port traffic. Nevertheless, even with this reduction there was an average of 120 vessels calling per day in Russian ports.

How is this relevant to the shipowners from an insurance perspective?

The port of Odessa closed on February 24, 2022, but operations in the port of Novorossiysk continue. To the extent that vessels continue to call in Russia around the rapidly expanding framework of global sanctions, claims caused by war and incurred while traversing the Black Sea will likely be excluded from P&I cover and fall under war risks insurance.

The war risks insurance market is experiencing unprecedented modern demand and interpretation as a result of the war in Ukraine. However, not all claims resulting from the war (and ancillary activities) will be covered by war risks insurance. For example, any vessels that proceed to the port of Odessa, despite its closure, and make claims resulting therefrom will not be covered. Further, any claims resulting from labor strikes are not covered by war risks. These can occur even outside of war-affected areas, as seen recently with dockworkers in Sweden refusing to discharge cargo from vessels coming from Russia. Finally, while Russia and NATO engage in puffery via politician statements in the press, any escalation of same that results in war (de facto or declared) between Russia and the United Kingdom, France, and/or the USA (all NATO members) will essentially obviate war risks coverage in the Black Sea, at a minimum. Any claims resulting from a war between the so-called “Five Powers” (which include the United States, the United Kingdom, France, Russia, and China) are excluded from war risks cover.

Are there any concerns relating to vessel charters?

The outbreak of war has created numerous difficulties for vessels currently on charter for trade routes that require calling in the Black Sea. For Charterers who find themselves unable to perform their intended voyages, or Owners who find themselves unable to comply with various sanctions regulations and accept payment under charters, the terms of their charterparties are likely to be closely examined. Specifically, parties may look to force majeure and safe port/safe berth provisions for relief.

In January 2022, BIMCO published a new model force majeure clause. The new model clause features an explicit list of force majeure events that is more exhaustive than previously recommended clauses, and enumerates events like “threatened war”, and “laying of mines”, which would both be applicable to the situation in the Black Sea today. The detailed list is meant to create a high threshold for the ability to declare force majeure, but still includes a catch-all provision (“any other similar event or circumstance unless caused by negligence of the Affected Party”) that will likely proliferate argument.

However, depending on when charters were executed, Charterers may or may not be able to avail themselves of a force majeure clause. Force majeure requires that the event be unforeseeable, and the new 2022 model clause solidifies that the event must be unforeseeable at the time of contract. Given the amount of media saber-rattling surrounding the eventual invasion of Ukraine, the foreseeability of “threatened war” will likely be a contested, fact-specific determination.

Under safe port warranties in charterparties, Owners may be entitled to refuse to proceed to Ukrainian ports, and force Charterers to nominate an alternative port. However, whether Russian ports could be considered unsafe at this juncture is uncertain. While Owners can certainly argue that no safe route exists to certain Russian ports, like Novorossiysk, whether this is factual may only be determinable in retrospect.

As the war in Ukraine continues on with no clear resolution on the horizon, ports in the Black Sea continue to tenuously operate in a shifting regulatory landscape. The maritime industry, in efforts to perpetuate the global economy, will continue to operate and stress test aspects of marine insurance and charterparties that have little precedence in the modern era. 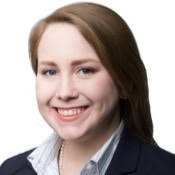