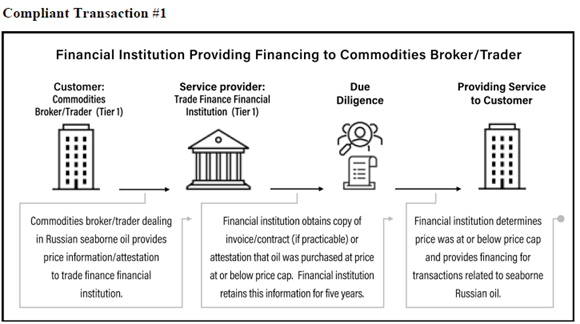 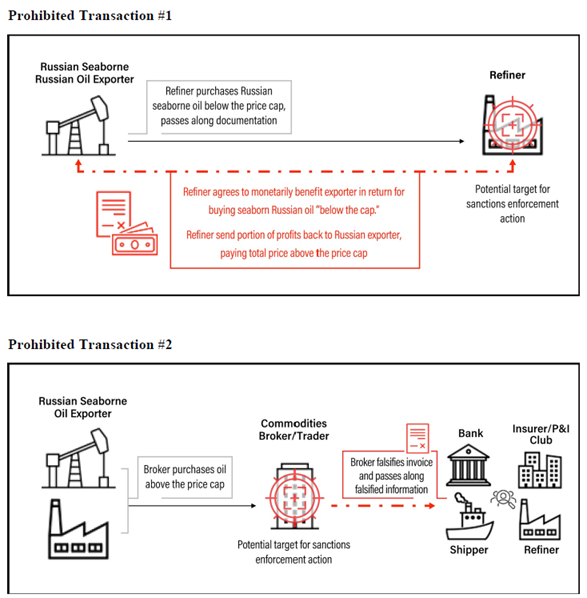 As shown in these examples, bad actors in the maritime services supply chain who falsify documentation or attempt to evade or avoid the price cap will be targets of sanctions enforcement by OFAC or other authorities.
Likewise, other actors in the maritime services supply chain who do not implement OFAC’s guidance or who recklessly deal in seaborne Russian oil without taking steps to implement a risk-based compliance program including recordkeeping and attestation requirements as applicable to those persons’ business are potential targets of a sanctions enforcement action if they inadvertently engage in a prohibited transaction.
We will continue to closely monitor developments in this space. If you have any questions or concerns about U.S. sanctions, please contact Bruce Paulsen or Brian Maloney at Seward & Kissel’s Sanctions Practice Group.

1 OFAC advised that tactics used to facilitate sanctionable or illicit maritime trade also serve as indicators that actors may be evading the price cap. Such tactics include: disabling or manipulating the automatic identification system (AIS) on vessels; physically altering vessel identification; falsifying cargo and vessel documents; ship-to-ship (STS) transfers; voyage irregularities; false flags and flag hopping; and complex ownership or management. The U.S. Departments of State and Treasury, and the U.S. Coast Guard issued a global advisory on May 14, 2020 discussing these red flags and best practices in further detail.

2 OFAC advised that whether the use of a shipping route or transshipment point for shipping seaborne Russian oil is abnormal can be determined by past practice or historic AIS data, a lack of historic AIS data for a particular tanker or fleet of tankers owned by a particular shipper, transshipment through one or more jurisdictions for no apparent economic reason, and sudden unexplained changes in route.