What is the benefit to a Lender?

While many Lenders no longer have an internal policy requiring loan obligations to be evidenced by promissory notes, these instruments are regularly included as a transaction document.  An often-cited reason, beside acting as evidence of the Borrower’s obligation to repay the loan, is Section 3213 of the New York Civil Practice Law and Rules, which allows applications for summary judgment on “instruments for the payment of money only.”  While courts have generally held that promissory notes which reference a credit agreement or that calculate interest based on an external rate are instruments for the payment of money only, not all promissory notes will meet the standard and some thought should be taken as to what terms to include.

Revolving loan facilities also benefit from a promissory note.  These promissory notes (and the credit agreement) often state that “absent manifest error” notations made to the grid by the Lender (or the Agent) to reflect advances shall be prima facie evidence of the amount of such advances.  If an advance was in dispute, it would then be for the Borrower to provide evidence to the contrary.

Are there concerns in having a promissory note?

As noted above, most promissory notes issued in the context of a credit agreement are usually not negotiable.  Under Article 3 of the Uniform Commercial Code, a promissory note can qualify as a negotiable instrument if it contains, among other things, an unconditional promise to pay, and all essential terms.  Negotiable promissory notes are freely transferable by endorsement (if made to order) or by delivery (if made to bearer), and are highly liquid.  A transferee of a negotiable instrument generally takes it free and clear of any claims or defenses that the Borrower (the Maker) has against the original Lender (Holder).  It should be noted, however, that in an action to enforce a negotiable note that has been lost or destroyed, the owner of that instrument is required by the Uniform Commercial Code to furnish to the court sufficient information to prove that it was the holder (since it is not in possession of the instrument) and deliver security not less than twice the amount of the alleged obligation, indemnifying the Maker (and its heirs) against loss, including costs and expenses on future claims.

There is also the administrative burden for the Lender (or the Agent) in keeping the promissory notes safe.  Promissory notes are usually required to be returned once a loan has been repaid or, if lost, an affidavit with indemnification language will need to be provided.  In an action to enforce the terms of a credit agreement where a promissory note has been issued, a court could require that the Lender deliver the promissory note into evidence.  In larger transactions with many Lenders where loan commitments are often assigned, the assigning Lender will likely need to deliver the promissory note to the Borrower (the Maker) for cancellation and issuance of a new promissory to the new Lender.  With many closings taking place electronically today, Lenders may not have the back-office capabilities to maintain and keep track of these instruments.

Finally, where a Borrower (the Maker) issues a promissory note can be relevant and local counsel may need to be consulted.  For example, Florida imposes a documentary stamp tax on the face amount of the promissory note, even if it is contingent, if it is signed, executed or delivered in the State of Florida.

While no longer universally required, there are still advantages in requiring Borrowers to evidence their repayment obligations with a short form promissory note; however, these advantages need to be weighed against the potential burdens, and not every situation will dictate that a promissory note should be obtained. 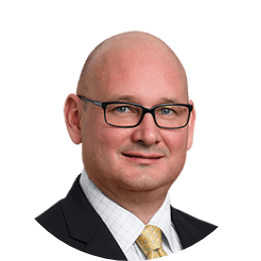