On April 14, 2022, U.S. Customs and Border Protection (the “U.S. CBP”) issued a ruling regarding the Jones Act implications of installing offshore wind turbine generators on the U.S. continental shelf. This Client Alert will set the stage for the ruling, briefly summarize it and finally, discuss its significance to U.S. and foreign companies evaluating possible investments in this space.

The Jones Act (46 U.S.C. 55102) and its related statutes (herein, the “Jones Act”) regulate coastwise trade and certain other maritime activities within U.S. waters. For example, vessels transporting merchandise or passengers between two points in the U.S. or dredging within U.S. waters fall under the Jones Act’s purview and must be coastwise-qualified. A coastwise-qualified vessel is required to be (1) built in the U.S., (2) owned by U.S. citizens, (3) U.S.-flagged and (4) manned by U.S. personnel. The jurisdiction of the Jones Act extends to the outer reaches of the U.S. continental shelf (i.e., 200 nautical miles off of the U.S. coast). Installation of offshore wind turbines on the continental shelf involves several of the aforementioned activities and is thus regulated by the Jones Act.

In its April 14, 2022 ruling, the U.S. CBP gave specific guidance regarding when certain wind turbine installation activities would be regulated by the Jones Act. The ruling covers (i) cable laying, (ii) the laying of scour protection, (iii) the installation of piles and (iv) the transportation of crew. The specific rulings have been summarized below.

Transporting of and Installing Monopiles

Scour protection is required to protect against the erosion of the seabed in the vicinity of an installed wind turbine. The U.S. CBP ruled that installing scour protection will not be regulated by the Jones Act if scour rocks are transported to and installed on the pristine seabed, as such seabed is not a “point in the U.S.,” as interpreted under the Jones Act. Alternatively, if one layer of scour rock exists, this creates a “point in the U.S.,” and a coastwise-qualified vessel would be required to transport scour protection rocks to it from a U.S. port.

Wind turbine generators installed offshore connect to the mainland power grid through a system of subsea electrical cables. The U.S. CBP ruled that a trenching machine that uses water jets and a cutter to lay such cables on the sea floor is not engaged in dredging and therefore such activity may be performed by a non-coastwise-qualified vessel. Relatedly, a vessel picking-up installed cable, connecting it to another section of cable and laying such connected cable onto the seabed “as close as possible to its original location” does not need to be performed by a coastwise-qualified vessel.

Transportation of Personnel and Tools to and between Wind Turbines

The U.S. CBP ruled that the transportation between wind turbines of tools such as bolt handling tools and other hand tools to be used by the installation crew on the individual wind turbines and supporting equipment such as containers, bags and personal protection equipment, is not regulated by the Jones Act. Likewise, the transportation of technical crew, lifting operations crew and supervisors from a U.S. port to the installation site and between installation sites is not regulated by the Jones Act and does not need to be carried out by a Jones Act vessel if such individuals are engaged in any shipboard activities while travelling that are “directly and substantially” related to the “operation, navigation or business” of the vessel.

Understanding whether a subject installation activity is regulated by the Jones Act is critical for investors and operators in the offshore wind space. Penalties for failing to abide by the Jones Act are stringent. Additionally, the Jones Act and the regulatory rulings issued by the U.S. CBP and its other sister agencies are highly technical and fact-specific. Interested parties must commit a significant amount of time to digesting the information and applying it to the realities of offshore maritime construction. It is critical for project teams to be fluent in the “in’s and out’s” of these regulations and rulings so as to properly apply them to the planning process. We encourage those interested in learning more about this area to read the U.S. CBP ruling itself, which can be found linked here.1 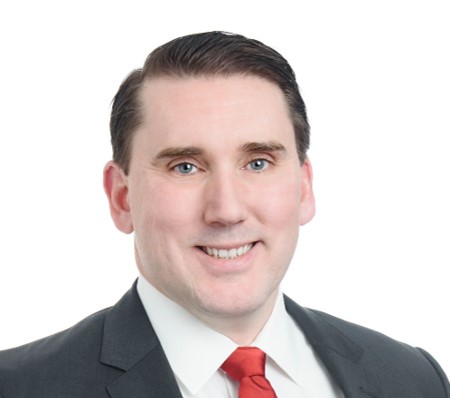