Much as one puts down earnest money in advance of closing on a home, or a lump sum down when buying a car, the buyer of a large commercial vessel will often lodge all or part of the purchase price with an escrow agent to provide certainty to the Seller, and more importantly, if the vessel is mortgaged, to the Seller’s mortgagee, that the purchase price will be available at closing. By having funds held in escrow the Seller’s mortgagee should be comfortable releasing its mortgage lien in advance of receiving the repayment proceeds in its account.

The parties to the transaction will enter into an escrow agreement which will set forth the terms under which the escrow agent will hold and disburse funds on behalf of the parties. Sometimes the parties will enter into separate agreements for each of the deposit and balance payments, and other times the entire arrangement will be governed by just one agreement; however, in such instances care must be taken to ensure that the release of the balance payment is solely controlled by the buyer as opposed to the deposit, the release of which is customarily jointly controlled by both the buyer and the seller. In either case, the escrow agreement will generally attach form release letters, which lay out the specific wire instructions and/or bank account information to which the escrow agent will eventually send the funds they hold and list the conditions that must be satisfied in order to cause the funds to be released. Occasionally the escrow agreement will also require that each party provide specimen signatures for any person who might execute a release letter. Specimen signatures help to ensure the signatures on release letters are valid, protecting the parties from any fraudulent or premature release of funds from the escrow account. Prior to entering into the escrow agreement(s), it is typical for the escrow agent to conduct “KYC” and sanctions checks on the buyer, the seller and any other party that may be remitting the funds to the escrow agent.

The deposit for a commercial vessel is typically 10-20% of the total purchase price and is held by an escrow agent or other intermediary while the buyers, sellers, brokers (if part of the transaction) and lawyers finalize documentation in preparation for closing and the transfer of the vessel. The remainder of the purchase price, the balance amount of 80-90%, along with some additional funds provided by the buyers to cover extra amounts is usually lodged with the escrow agent a day or two prior to the closing date. Such extra amounts often include the value of the bunkers and lubricating oils, etc. that remain on board at delivery, any fees for delayed deliveries if past a grace period under the memorandum of agreement, or almost any other amount agreed on by the parties.

The release letters mentioned above will be finalized just prior to closing with final figures for the balance payment, which will include an amount for any extra amounts to be relayed to the sellers. They will also specify the fees, if any, of the escrow agent to be deducted from each party’s funds. During the closing meeting, each party will sign and circulate the release letters (the balance payment release letter being signed solely by the buyer while the deposit release letter is signed jointly by the buyer and the seller), which are deemed released upon the signing, dating and timing of the protocol of delivery and acceptance for the vessel (the “PDA”). Where the buyer is financing the purchase of the vessel, occasionally the lender (or its representative), in order to retain control of the loan proceeds, will also either counter-sign the balance payment release letter or the PDA as part of the closing process. The vessel is handed over from the seller’s crew to the buyer’s, and the escrow agent then follows the instructions in each release letter to disburse the funds to the relevant parties. 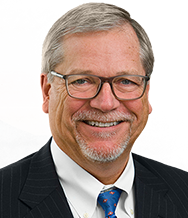